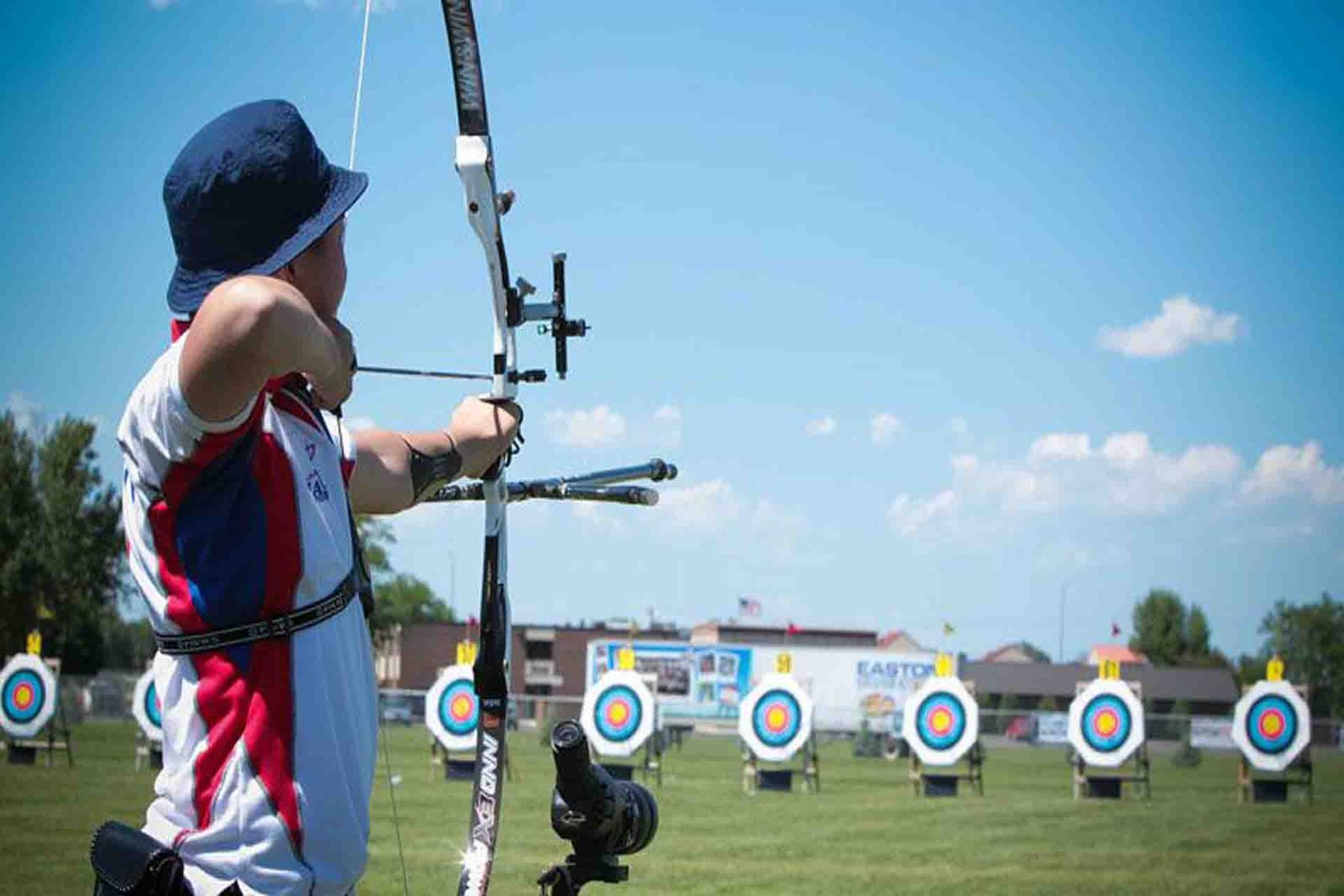 Archery is the art, practice, or skill of propelling arrows with the use of a bow, from Latin arcus.

The first bow and arrow ever created was probably used for hunting, and was not until later on that archery was used in combat. Thousands of years ago, archery was practiced in every country, except for Australia.

During the middle ages, archery was the lowliest form of warfare. Archers were usually the lowest paid soldiers due to the cheapness of making a bow and arrow. Many archers belonged to the peasant class because the higher classes viewed the bow and arrow as being insufficient, or to use only for entertainment. However, this low view of archery was turned around when the Vikings used archery as their main weapon which gained them large success. By the time of the 100years war, the English had learned how to use archers to their advantage, rather that using swords men, who could not fight from a distance. By this time, archery was not for the lower class, and archers were recruited as children and trained meticulously until and throughout adulthood. Every boy that was recruited was given a bow that was as high as he was, and expected to learn on it. During battle, archers would typically shoot two arrows, one from a higher route and one from a lower route. This would hit the enemy at two different angles, which made it difficult for the enemy to defend themselves.

Soon after this, the cross bow became popular for use in battles. It took very little time to learn how to shoot a cross bow, and it had the same distance and power as a bow and arrow. The only drawback to using crossbows was that they took a long time to load and reload.

Once firearms were invented, the arrow became less and less popular until it became obsolete. The first guns were not as accurate and did not have as much range as a bow and arrow, but were used because the bullets could shoot through armor. As time progressed, guns became better than bows in everyway. Today, the use of a bow and arrow is no longer used for hunting or warfare, but is commonly used as sport.