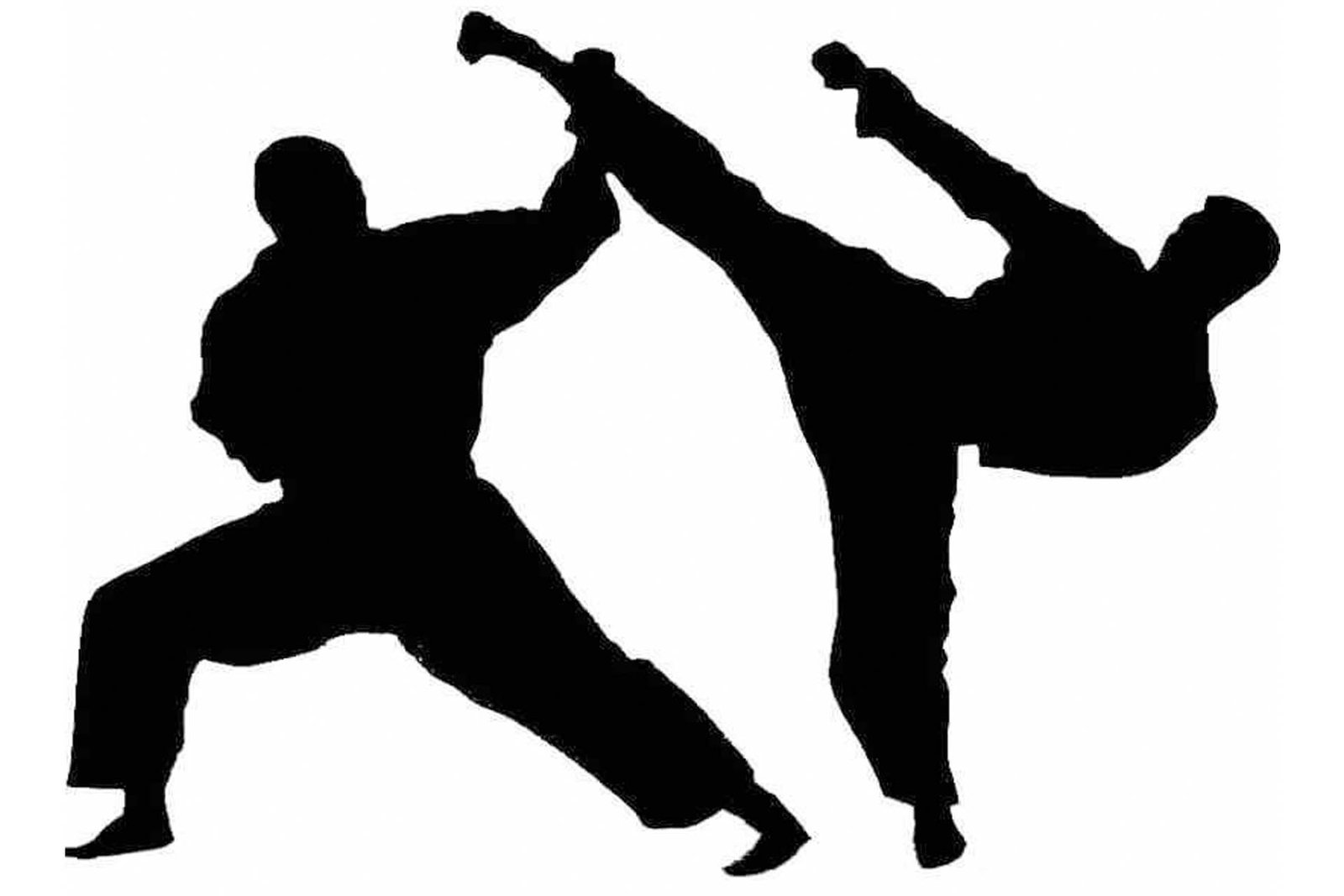 Karate is a Japanese martial art whose physical aspects seek the development of defensive and counterattacking body movements. The themes of traditional karate training are fighting and self-defense, though its mental and moral aspects target the overall improvement of the individual.  This is facilitated by the discipline and persistent effort required in training.   If karate had to be described in only one sentence, then the most suitable one may arguably be "You never attack first in karate."   This is a maxim of Gichin Funakoshi (1868-1957), the Okinawan who brought karate to Japan in 1922, and who is accepted as the father of modern karate.

The word karate is a combination of two kanji (Chinese characters): kara, meaning empty, and te, meaning hand; thus, karate means "empty hand." Adding the suffix "-d?" (pronounced "daw"), meaning "the way/path," karate-d?, implies karate as a total way of life that goes well beyond the self-defense applications. In traditional karate-d?, one is supposed to compete and strive to excel against him/herself.

Today there are four main styles of karate in Japan: Shotokan, Goju-ryu, Shito-ryu, and Wado-ryu.  Shotokan,  Actually  Shotokan  was the name of his d?jo, chosen after the pen name used by Funakoshi to sign poems written in his youth. Shotokan Karate is characterized by powerful linear techniques and deep strong stances.  It is the style taught at the Tulane Karate Club.

In Karate, there are Kata (forms). Most of them are established in China, then introduced to Okinawa (Southern islands in Japan). From old time, Karate players improved their techniques by practising these forms. Technique of Karate can be acquired by practising KATA. Recently, people tend to practice by KUMITE (fighting) to win game, and not to practice KATA. KATA is essence of Karate. In KUMITE, you can play only with combative instinct and quick relaxes without learning the forms and techniques. If someone practices only by KUMITE, he/she will not be able to play Karate over the age of 40. By KATA, you can learn ideal balance, speed and breathing. Today, the era of games, Karate players tend to care how to show their playing style and forms beautifully using KATA.

My purpose of practising KATA places great importance on the mental aspect. I can calm down myself before starting KATA, I try not to strain and relax myself (Zenshin) when I do forwarding KATA, maintaining dynamic status while performing static movement, and maintaining static status while conducting violent attack, to play KATA with senses of fulfilment and fight (Tsuushin) and to end with no idle thoughts, which is very difficult to achieve. (Zanshin) I experienced this feeling only twice when I was competitor in games in the past. I did not notice anyone even audience and judges, and my breathing was perfect in spite of the hard movements. I attained a spiritual state of perfect selflessness and it was great feeling. I practice Karate over 15 years almost every day and every time to achieve this feeling.

Kumite (??) literally translated means "grappling hands" and is one of the three main sections of karate training, along with kata and kihon. Kumite is the part of karate in which a person trains against an adversary, using the techniques learned from the kihon and kata.

Kumite can be used to develop a particular technique or a skill (e.g. effectively judging and adjusting one's distance from one's opponent) or it can be done in competition.